Choline is a micronutrient commonly grouped with the B-vitamins. It is often overlooked because it is found in a wide variety of foods, but because choline is found in large amounts primarily in animal foods there are concerns about whether vegans get enough.

Choline is used for the synthesis of phosphatidylcholine, the principle phospholipid in cell membranes. It is also needed to synthesize very low density lipoproteins (VLDL) and the neurotransmitter, acetylcholine. Along with its metabolite, betaine, choline functions as a methyl donor.   Choline can appear in food in many forms: As free choline, phosphatidylcholine (also known as lecithin), sphingomyelin, glycerophosphocholine,and phosphocholine. The body can convert choline into betaine.

As pointed out above, betaine is not an essential nutrient, but it can spare choline.  Quinoa, spinach, sweet potatoes, beets, and wheat-based breads, appear to be much higher in betaine than other plant foods.

Some people have genetic mutations that increase the need for choline. It is not clear how much choline such people need but the DRI is probably adequate for almost everyone.    Vegans concerned about liver dysfunction or any special dietary needs should consult with a registered dietitian or their DBM Physician / Practitioner for individual guidance based on nutritional assessment and health status.

The need for choline was discovered when it was found that people on total parenteral nutrition for long periods of time were developing fatty livers which resolved upon adding choline to the feeding regimen. The fatty livers were caused by an accumulation of triglycerides as a result of the liver’s inability to synthesize and release very- low-density lipoprotein (VLDL) particles  because of a reduced synthesis of phosphatidylcholine.

In 1998, for the first time, the Institute of Medicine (IOM) set an Adequate Intake (AI) for choline of 550 mg/day for men and 425 mg/day for women (both equivalent to 7 mg/day per kg body weight). The AI was based on the only study available at the time, a 1991 study that induced choline deficiency in humans.

Since 1991, five more studies inducing choline deficiency have been conducted. They followed a similar pattern in which subjects were fed a diet with 50 mg or less of choline per day for six weeks or until they developed markers of dysfunction. A large proportion of subjects developed markers of dysfunction (increased liver enzymes, a fatty liver, or elevated creatine phosphokinase indicative of muscle deterioration) during the six weeks, indicating that most people cannot stay healthy on less than 50 mg/ day of choline.

Since discovering that folate deficiency was a cause of neural tube defects (NTDs), other methyl donors involved in some of the same metabolic pathways, such as choline, have also been of interest in preventing NTDs and a case-control study of NTDs found an increased risk for those consuming less than 290 mg/day.

The data on choline and chronic disease (cardiovascular  disease, dementia,  and cancer) are mixed.  Ideal amounts appear to be about 300 mg per day. Most vegans probably get about that much from the foods they eat.

After 14 years of follow-up, the Atherosclerosis Risk in Communities study found no significant associations between choline intake and heart disease events  Intake categories ranged from about 300 to 500 mg/ day. Three other studies found that choline intakes above 300 - 350 mg/day were associated with lower homocysteine levels   than those eating about 250 mg or less, but the one study that compared choline intakes to cardiovascular disease rates found no association. One case-control study found a dose-dependent association with the presence of cardiovascular disease and elevated plasma levels of choline and its metabolites.

For colon cancer, one cohort of women was found to have an increased risk with greater consumption (383 mg vs. 293 mg per day). In the same study, betaine was associated with a lower risk. In a cohort of men, no relation was found between choline or betaine intake.

For prostate cancer, one nested case-control study found that higher plasma choline levels were associated with an increased risk.

In summary, it appears that the AI for choline of 550 mg/day for men and 425 mg/day for women is more than adequate and, based on associations with chronic diseases, might even be higher than ideal. A range of 300 to 350 mg appears ideal for the long- term prevention of disease, whereas meeting the AI is recommended for women who might be considering pregnancy. Vegan women who are considering getting pregnant should make sure they are meeting the DRI for choline to reduce the risk of neural tube defects, and might consider a modest supplement.  Be guided by your DBM Physician on this decision. 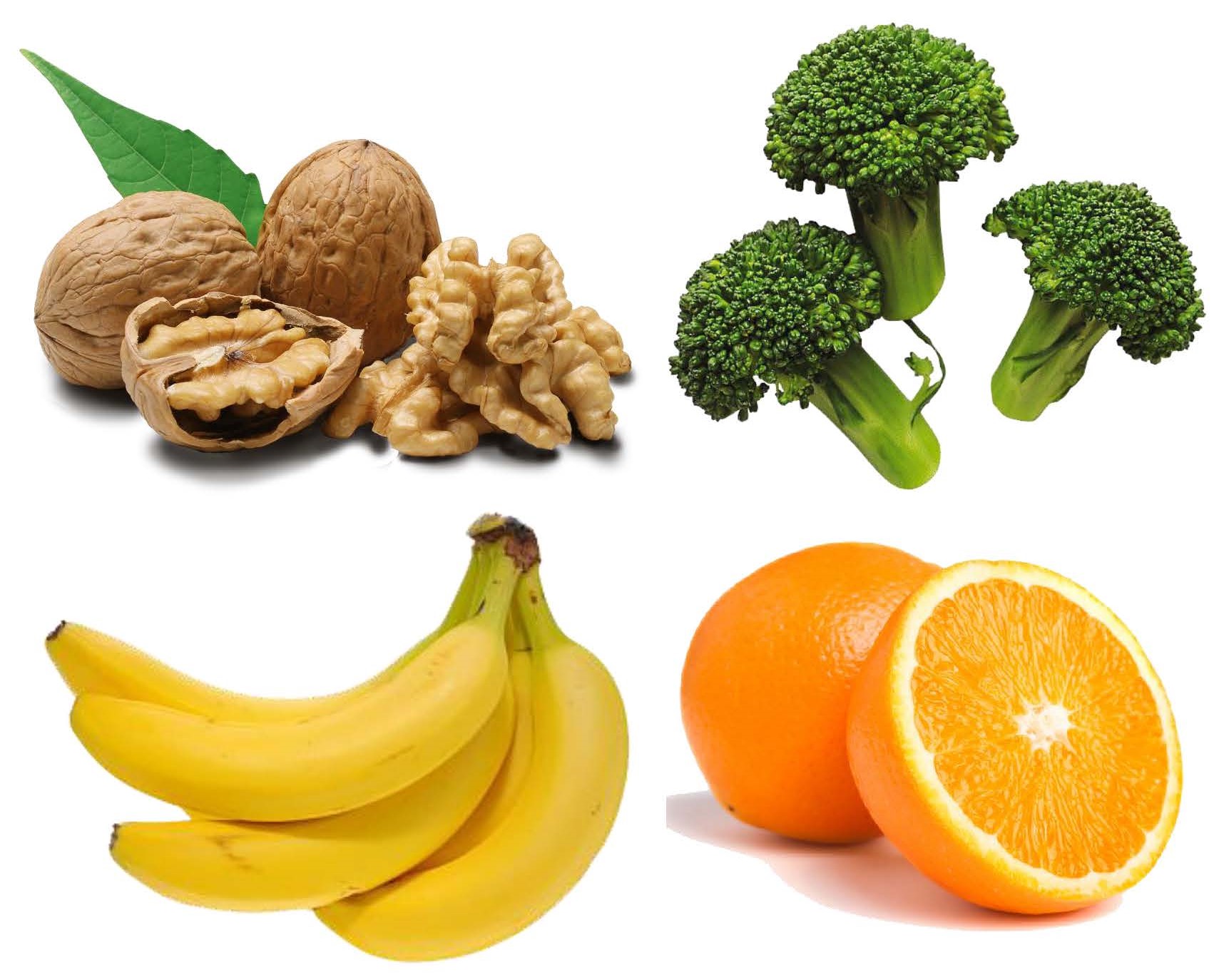 Why Choline is Important 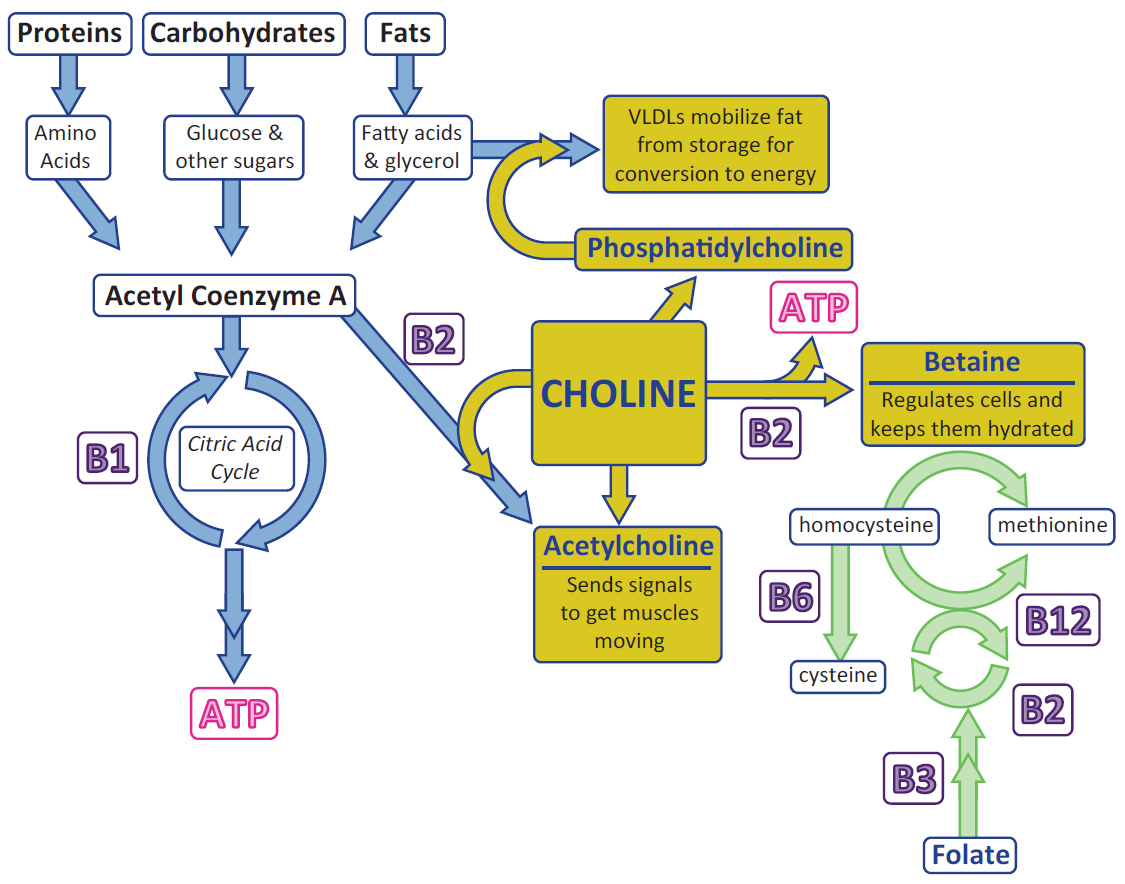 Choline is the Key to Optimizing Everyday Energy Maintaining Your #1 Performance Vehicle While we don’t all drive a sports car, everyone definitely appreciates the convenience of having reliable...