Some of the most impressive health benefits of rye include its ability to help with weight loss efforts, increase the efficiency of your digestive system, help prevent gallstones, lower your risk of diabetes, lower your blood pressure, generally protect your cardiovascular health, prevent various types of cancer, and even lower the chances of developing childhood asthma.

Rye is one of the most important cereal crops in the world, and this type of grass is grown extensively throughout the world. The scientific name of rye is Secale cereale. Agriculturally, it is very similar to wheat and barley, so it has many of the same applications. You can find rye being used as everything from animal livestock and the base of whiskey to different types of bread and rolled rye grain. Initially, rye likely began growing in the area of present-day Turkey, but it possibly could have come across from farther east. Suffice to say, it was already widely cultivated in Roman times, and it was likely grown far earlier than that as well, given how easy it is to grow and how hardy it is as an agricultural staple.

Even today, the majority of rye is grow in Eastern Europe into central and northern Russia, but it is also being grown in North America, China, and South America. In terms of importance in the grass/grain competition, rye is one of the top 5 most consumed cereals on the planet.

One of the most dangerous things about relying on rye for your agricultural needs is the high susceptibility it has to ergot, agricultural rot. This could wipe out an entire harvest of rye if it began and spread, which is why some countries choose to grow other grains and grasses that are slightly more resilient. However, the impressive number of health benefits that come with rye consumption makes a pretty good argument for adding rye to your diet!

Nutritional Value of Rye
All of the health benefits commonly attributed to adding rye to your diet are the result of the nutrients, minerals, vitamins, and organic compounds that can be found within rye. Some of these key components include manganese, copper, magnesium, phosphorous, B-complex vitamins, dietary fibre, and phenolic antioxidant compounds.

Rye is often considered a superior grain to wheat or barley in terms of weight loss efforts. The type of fibre in rye is somewhat unique, in that it is extremely binding with water molecules, meaning that it makes you feel full very quickly. The problem with being on a diet is that you are often hungry, so you inevitably give in. However, by removing the feeling of hunger and creating some sense of satiety, the type of fibre found in rye can keep you from snacking in between meals or overeating, which are two sure-fire ways to mess up your weight loss program!

Recent research has revealed an important element in rye that can help to lessen the severity of gallstones. This is somewhat connected to fibre’s impact on the digestive process, as explained above, because fibre (particularly a mix of soluble and insoluble) can help to reduce the amount of bile acids formed, which is the main cause of gallstone development.

When it comes to blood sugar, diabetics must always be concerned and watch what they eat and when they eat it. Huge spikes and drops in blood sugar can be dangerous, and can even cause diabetic shock, asphyxiation, and several other very unpleasant outcomes. Wheat causes more of a spike in the insulin level in the body, as it is made of smaller molecules that are quickly and easily broken down into simple sugar, which causes the increase in insulin. Rye, however, which is composed of larger molecules, is not broken down as quickly and therefore has less of an effect on blood sugar.

As mentioned briefly in the weight loss section, the impressive composition and density of dietary fibre in rye makes it perfect for someone who is suffering from constipation or some other blockage of the bowels. It can reduce excess gas, ease stomach pain and cramping, and prevent more serious conditions like ulcers, gallstones, or even colon cancer.

Research performed at the University of Kuopio have shown that rye can result in the down-regulating of genes, particularly if they are damaging or harmful, such as those that can cause insulin or other chronic genes. As compared to other grains in the same family, rye appears to be the best at optimizing metabolic performance of our cells, even at the earliest stages of gene development.

As with most grains, rye is known for being heart-healthy. If you are suffering from high blood pressure or atherosclerosis, then adding rye to your diet on a regular basis is just as good, if not better for heart health as other cereal grains/grasses. These effects are the result of several variables, including fibre, vitamin, and mineral content.

Although it seems that everything is either causing cancer or preventing cancer, the progression of research on antioxidant activity within grains like rye has been very encouraging. Phenolics are definitely present in rye, and although they are not the same antioxidants as are found in many other foods, they certainly have an effect in the human body, including in things like cancer and chronic diseases. In fact, rye has been linked to lower incidences of breast cancer, colon cancer, and prostate cancer.

Just because it is not wheat does not mean it doesn’t fall under the classification of a “gluten grain”. Although wheat and rye do affect the body in slightly different ways, if you are a sufferer of Celiac’s disease or believe you may have the condition and are trying to eliminate gluten to test your theory, then rye might not be that much of an improvement. 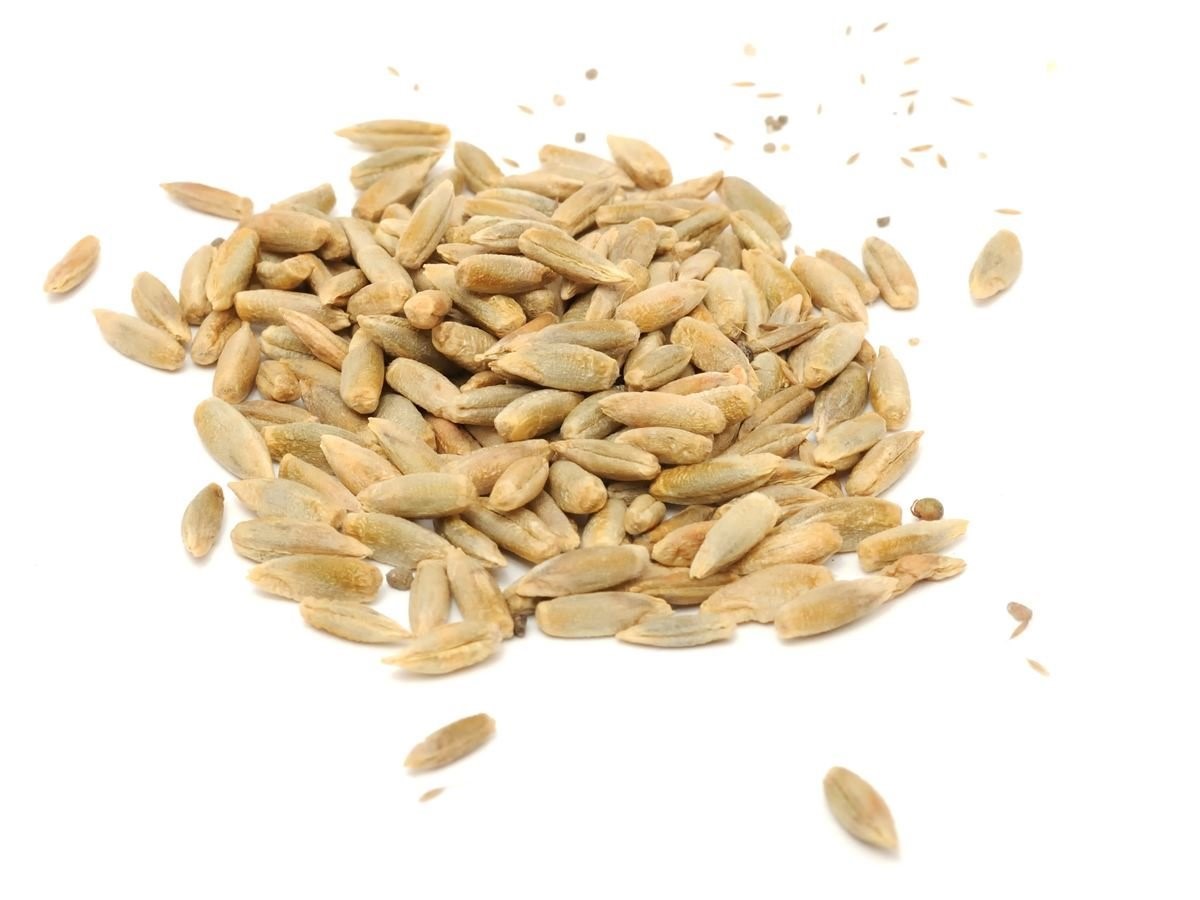 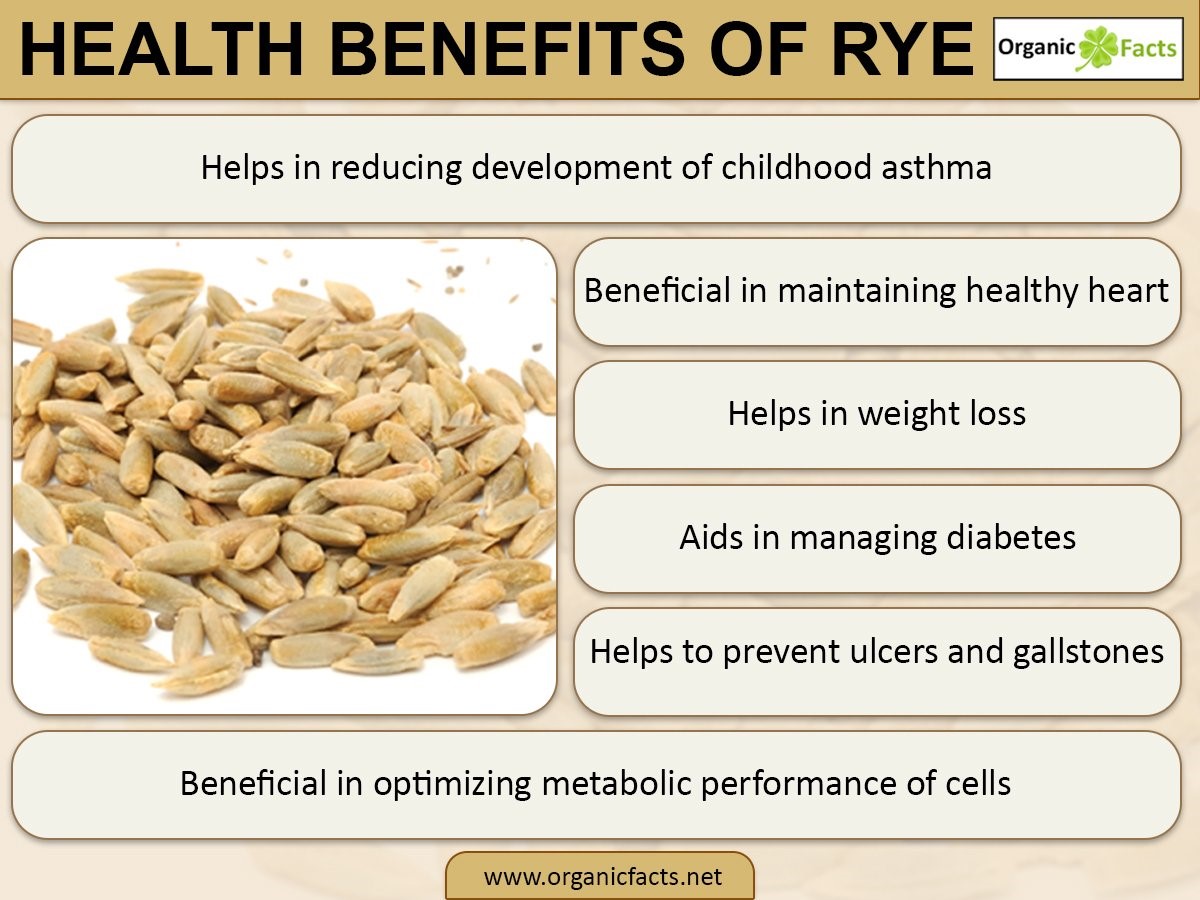